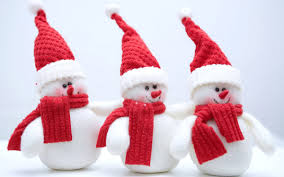 Having been approached by an old “friend”, I’m considering taking him up on an offer to travel to hotlanta with him where we’ll meet a new friend of his for some holiday cheering in the city. This is a difficult offer to refuse. I’ve spent many pre holiday evenings in Atlanta, when the city it full of lights, laughter and unspeakable cheer. As unusual as the invite may seem, it is nothing new for me. Other than the pwarm city of Tampa, Atlanta is known for its bars, regular and titi bars. Both regular and upscale. And they’re also known for their “clubs” of the adult nature. The upscale clubs are the best, expensive for men but the best none the less. One in particular has its own indoor swimming pool, 4 bar areas to accommodate all types of shenanigans, the front area looks like a regular night club, with dj, a long bar, waitresses and a dance floor. The only differences are the porno flicks on the various screens and you must BYOB.  There’s ample security with a strict dress code, men pay a handsome price to enter dateless. The entrance has a canopy with valet service, lockers for changing, showers for after and several rooms clustered for privacy with larger open rooms grouped by couples only, singles and the ladies only.

I’ve enjoyed the place during different seasons, I have to admit, holiday season has the best vibe. Including my trek of six hundred plus miles, there are people from as far away as the west coast. My last 2 visit I went alone and promised myself that I would never again shackle myself entering with a man. Sure the car service was expensive, but it was well worth the cost leaving at 3 am after enjoying a bottle of my favorite wine. Now I’m being invited to share this fun place with someone I’ve been there with as a couple, a few years ago, on more than one occasion. The third-party is intriguing and temps me to say yes to the 3 day jaunt as a threesome. But over the past several months I’ve become a lone wolf, so to speak, and I am enjoying my new found freedom. I have to admit he and maybe she may cramp my style. Not knowing her, it’s a tough call. So I may consider saying yes with a caveat or two…I’ll stay at my favorite hotel in Buckhead, use my favorite car service and meet them for dinner and a fun night at my favorite “club”.  That’s fair. He’ll have his cake (his new friend) and he can eat it, too (me), he does that very well. It will be fun heading over to my favorite Buckhead mall to shop for a slinky something in fiery red to match my santa hat and strappy silver heels with the red bottoms.